Important COVID-19 Update How we can help you

By Neen JamesApril 9, 2019No Comments In our modern world, the number of things that demand our attention has dramatically increased.

We are being pulled in so many different directions and being asked to produce better results faster and with fewer resources. Our solution has been to multitask or manic-task, as I call it. I’ve been guilty of this. We frantically switch between screens, paper, calls, and to-do lists in an attempt to get it all done. Click To Tweet

For years, we’ve been told that multitasking was the way to be more efficient and productive. Too bad it’s not true. The reality is we are multitasking more yet achieving less. We are busy, but not productive. We still feel like we can’t get it all done. Don’t you feel that? And it’s stressful, right?

The idea that multitasking will help us get more done is a myth. As a result of numerous studies and neuroscience research, we now know that the brain is incapable of performing multiple tasks simultaneously (yes, including talking and texting). Rather than multitasking, the brain is rapidly shifting from one task to another. And each time the brain switches tasks, it has to go through a start-stop-start process. Some estimates suggest that productivity goes down by as much as 40% to 50% when we task switch. Other studies have found that because this task switching increases the cognitive load on our brains, it also increases the chances of making mistakes and missing important information and cues, as well as hinders problem solving and creativity.

In his book Free, Chris Anderson, founder of TED Talks and editor-in-chief of Wired magazine, asked the reader, “Does multitasking just slice the same attention more finely?” The answer is yes.

We are splitting our attention in many different directions, giving a piece of our attention here, a piece there, and another piece over there. As a result, nothing is getting our true attention and everything is getting short-changed. Click To Tweet We need to replace our manic-tasking with single-tasking or sane-tasking, as I call it—staying sane while focusing our attention on the important conversation, proposal, or project at hand until it is completed. 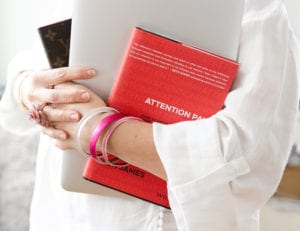